These gorgeous snakes are ROYAL PYTHONS. The first is an adult male named Rafiki – I chose this name as royal pythons come from Africa where the Swahili language is spoken and Rafiki is the Swahili word for ‘friend’, which seems entirely suitable for such a calm, friendly snake. Of course the most famous Rafiki is the mandrill from Walt Disney’s The Lion King, who is a great friend to all the animals in the story! 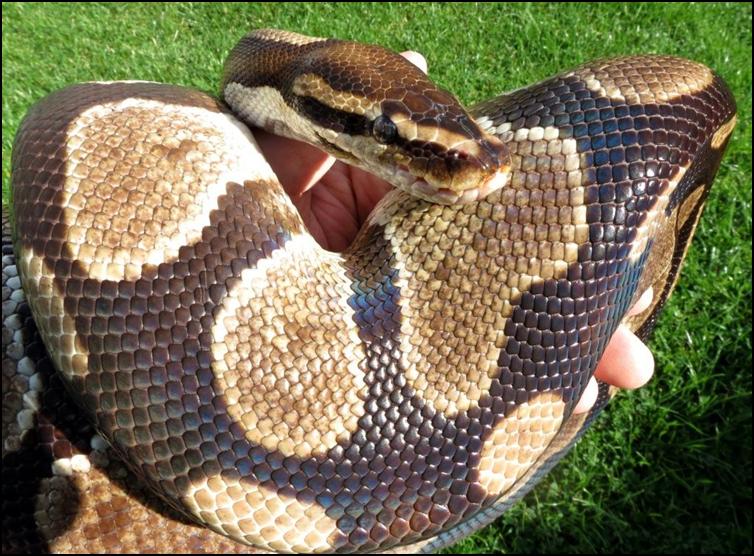 Hatched in Sunderland in 1999, Rafiki is the oldest animal in my collection as well as being one of the longest-serving members of the Jungle Roadshow team! He is exceptionally popular with everyone he meets as he is fantastic in every way and so calm and docile when being handled. 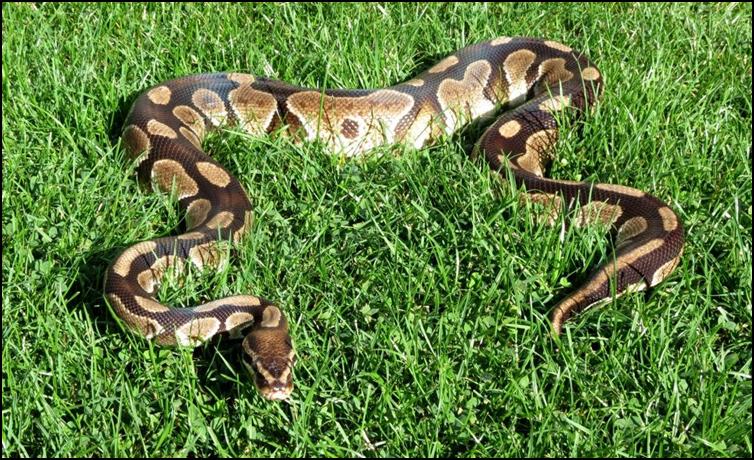 In the picture directly below you can clearly see a series of pink holes or ‘pits’ between the eye and the front of Rafiki’s head. These are very special heat-sensing pits which the majority of pythons have, and which are used to literally detect the heat (or infrared thermal radiation) of their surroundings. If a rodent or other warm-blooded prey item comes close to them whilst they are hunting, a royal python can detect with incredible accuracy the warmest parts of the body to strike at! 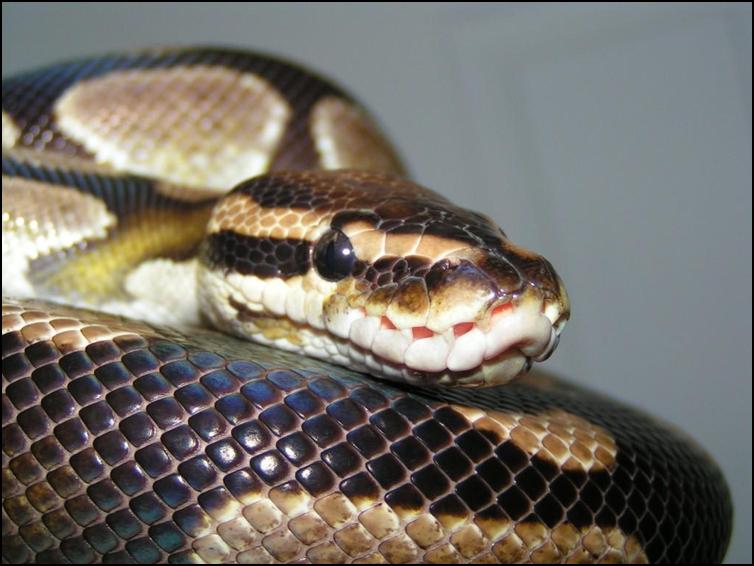 This second one is a young male who hatched in Essex on June 15th 2021! He is a beautiful individual with a high contrast between his yellow and dark brown markings. 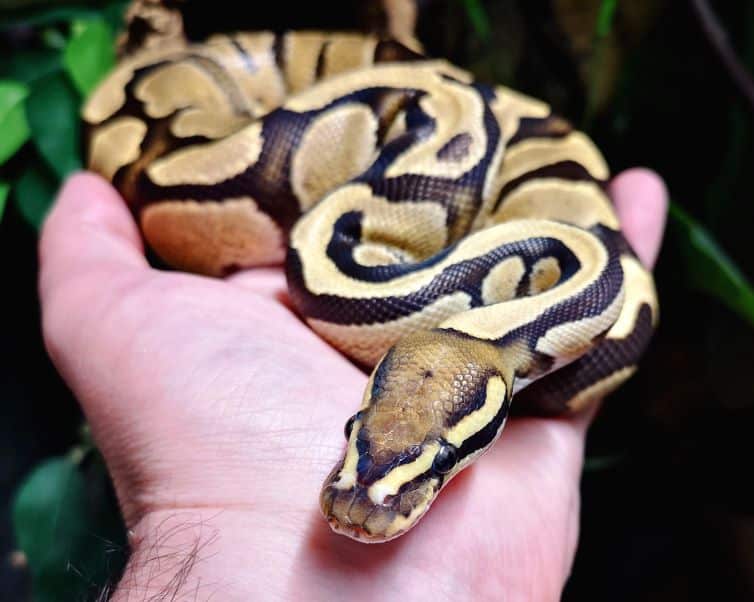 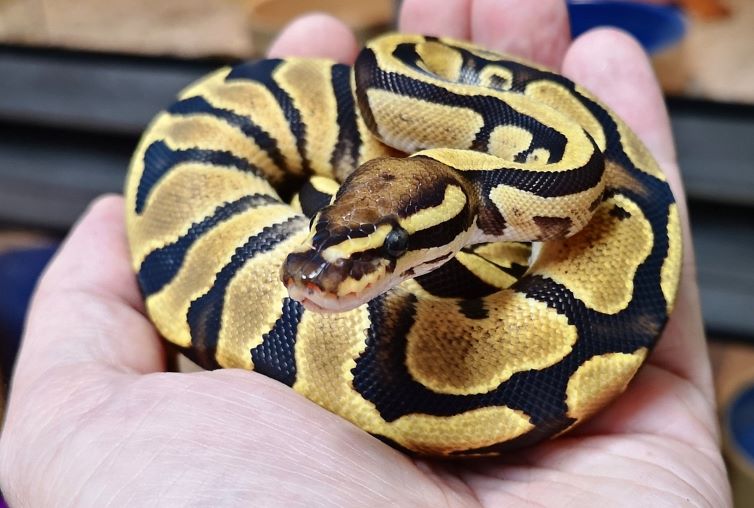 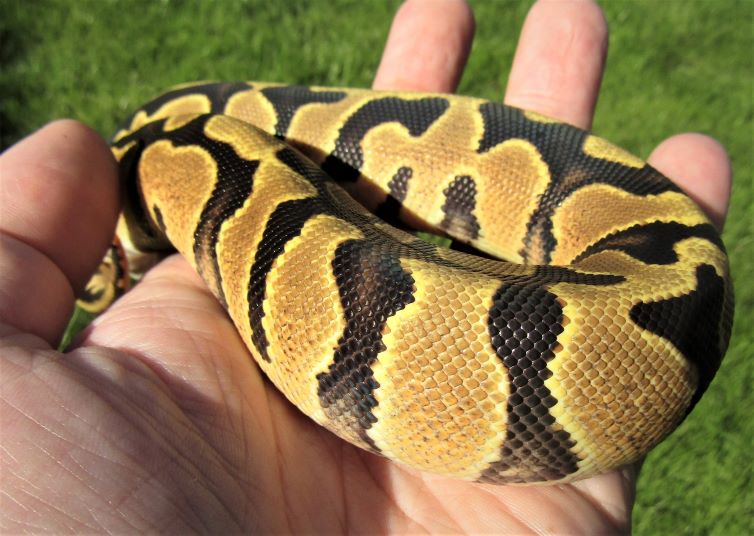 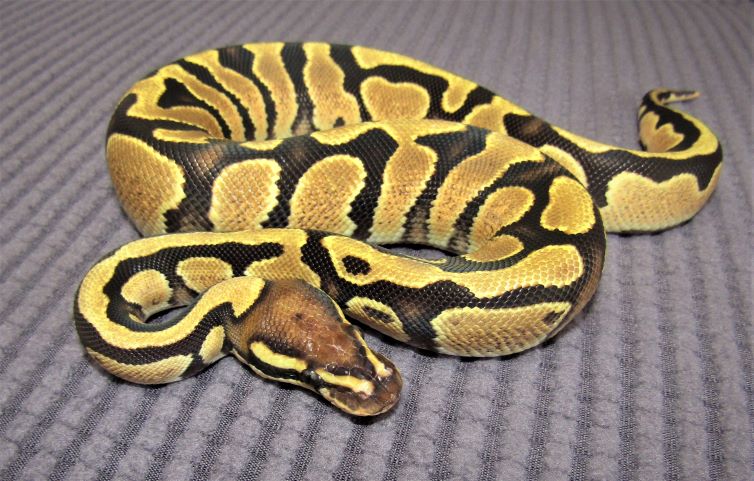 In May and June 2022, ending just before his first birthday, I ran a competition to find a name for this wonderful snake. On the morning of his first birthday I found out completely by chance that he actually shares his birthday with the anniversary of the release of The Lion King, which was released in cinemas on June 15th 1994! I instantly changed the name I had chosen (but not yet announced) to Mufasa, the king of the lions, which seems a perfect name for a royal python anyway but especially because Rafiki and Mufasa are such great friends in the film!