These beautiful beetles are an African species of fruit beetle known commonly as PURPLE JEWEL BEETLES or by their scientific name of Chlorocala (formerly Smaragdesthes) africana oertzeni. They are absolutely beautiful as you can see in these pictures: 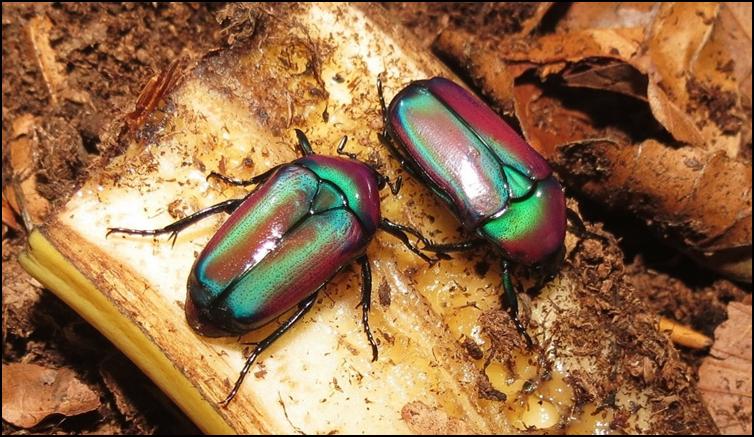 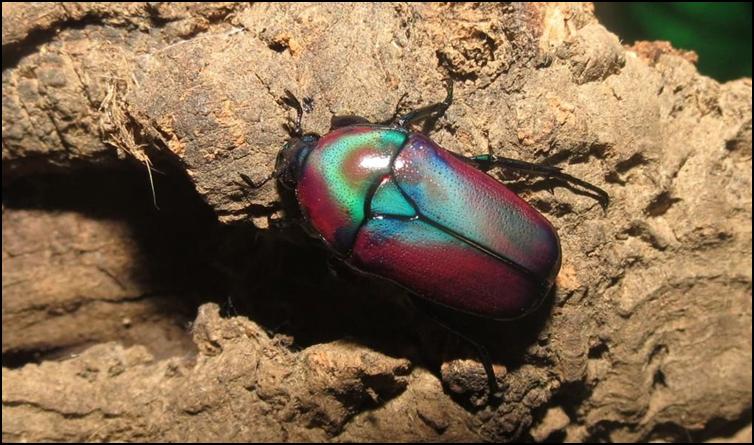 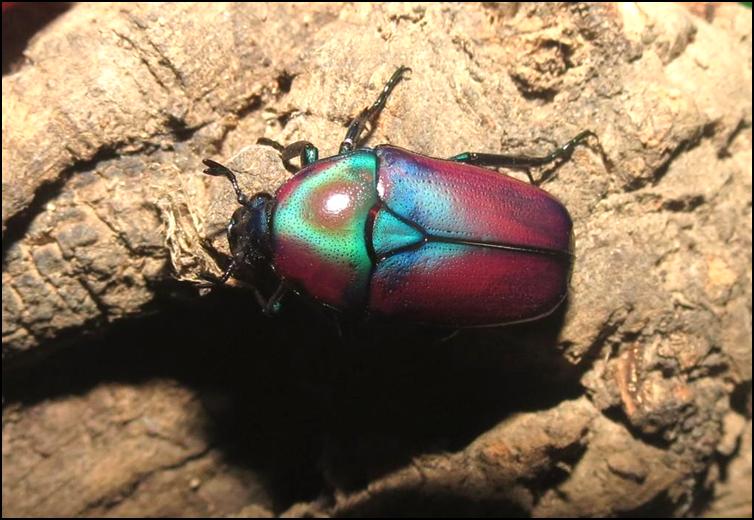 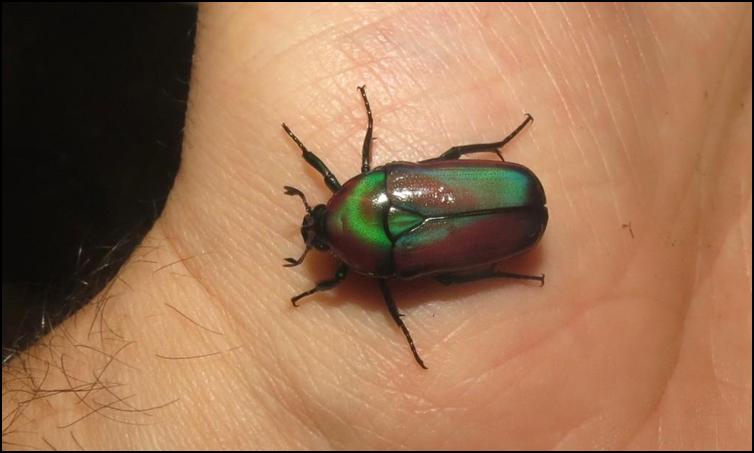 This species has a beautifully iridescent body surface and as you can see from some of these pictures they sometimes look quite greenish or bluish depending on the angle of the light shining onto them. 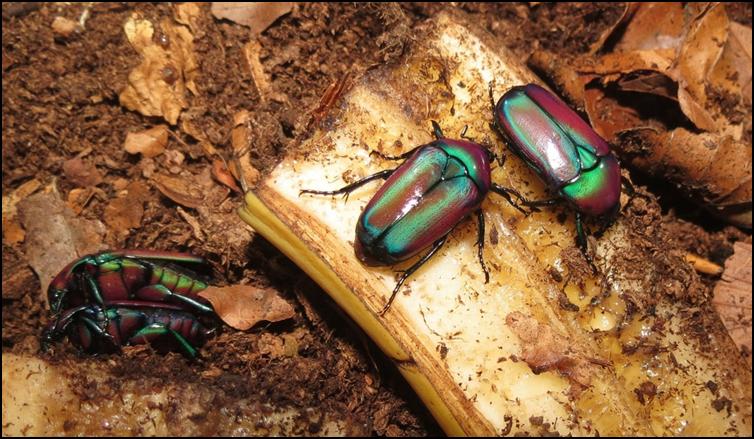 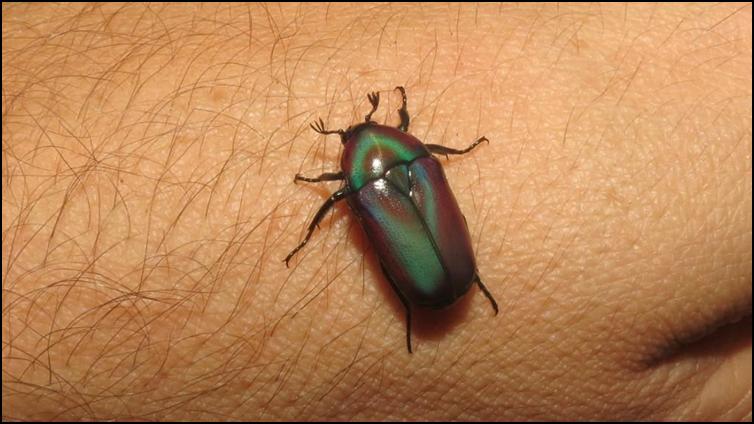 They feed primarily on rotting fruit but can apparently be quite a pest in some parts of Africa when they occur in huge numbers, eating fruit crops! They fly exceptionally well so can disperse over a large area, watching them flying is fascinating and quite noisy as well! 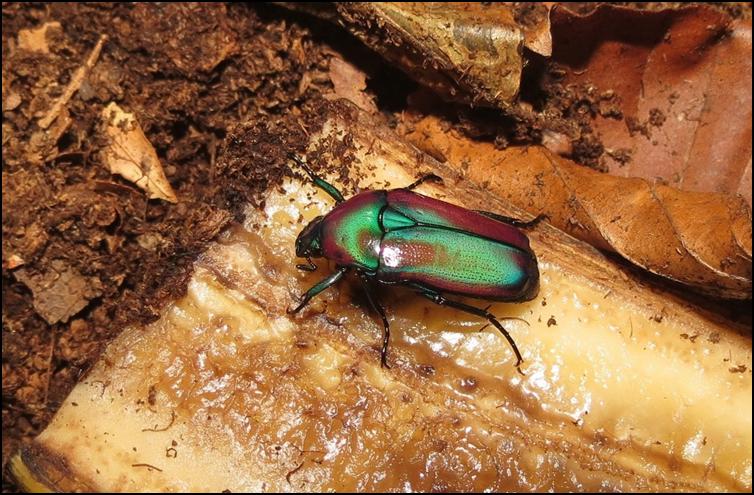 A tiny grub hatches from a beetle egg and feeds greedily on rotting leaves and rotten wood. It continues to feed and grow until it reaches a much larger size and then it pupates, which means it makes a pupa or cocoon right around itself, in which it turns into a beetle. The pictures below show a comparison between small and large grubs of very similar species the sun beetle and a huge number of large grubs just to show how many a breeding colony of these beetles can produce in captivity in a short amount of time! 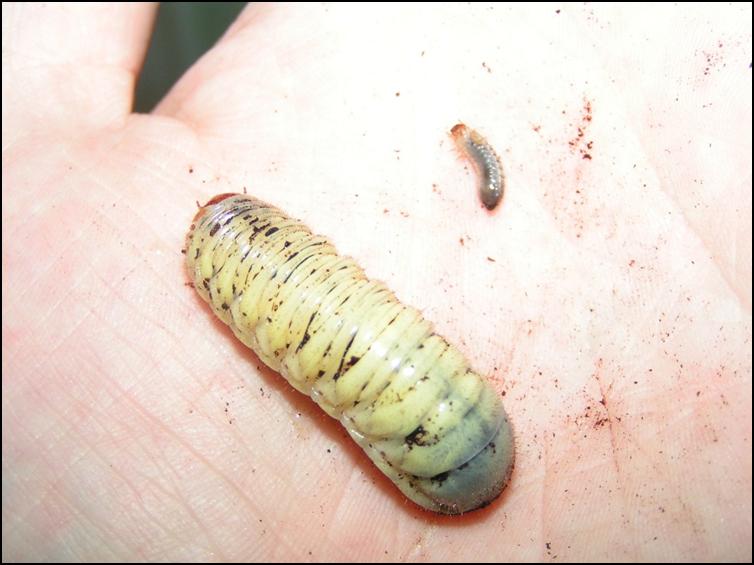 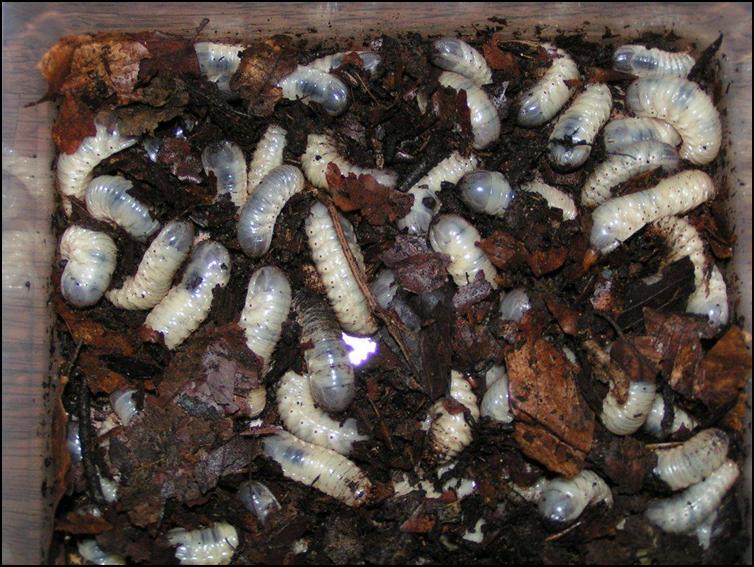 This final picture is of a sun beetle beginning to emerge from it pupal cell or cocoon, you can see the black leg of the beetle pushing its way out of the hole it has created in the cocoon. I have always found it incredible that such a huge transformation in body shape, colour and structure occurs in all beetle species and this is one of the real wonders of the natural world in my opinion! 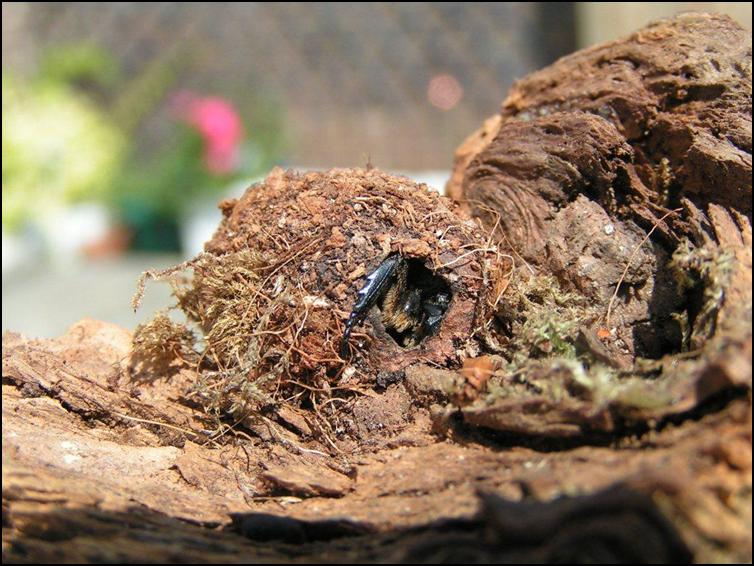 In the case of some species of beetle the larvae grow MUCH larger than those of the sun beetle or purple jewel beetle. The pictures below show the grub of the elephant beetle, a species from southern Mexico and central America. Larger beetle grubs such as this one are very often found at rest in a distinctive ‘C-shape’ as shown here, where the head and abdomen are actually touching! 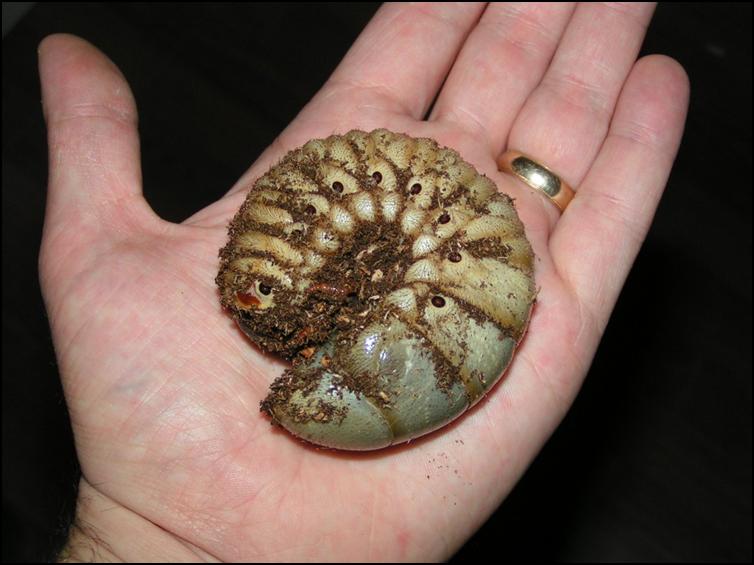 All beetle grubs have a series of openings called spiracles down the sides of their bodies and these can be seen very clearly in larger species as a series of red oval shapes: 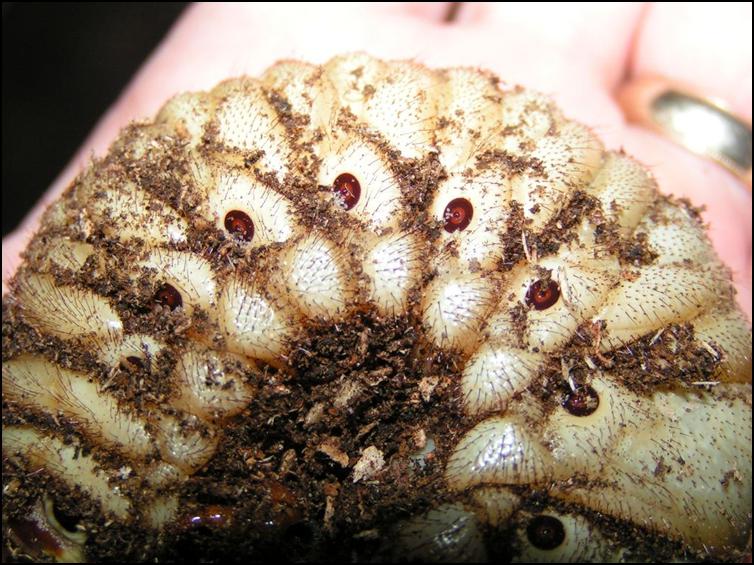 A spiracle is basically a breathing hole, or an opening through which air is taken into the body. Each spiracle leads into an air tube called a trachea which carries the oxygen-rich air to the grub’s body tissues, and afterwards also carries the carbon dioxide-rich air away from the tissues to be removed through the spiracle!