Without a doubt my favourite mammals we encountered during the tour were the primates! We were fortunate enough to see all four of Costa Rica’s monkey species and all four were absolutely amazing. Firstly these are white-faced or white-headed capuchin monkeys:

Next up are spider monkeys, which always seemed to be eating! 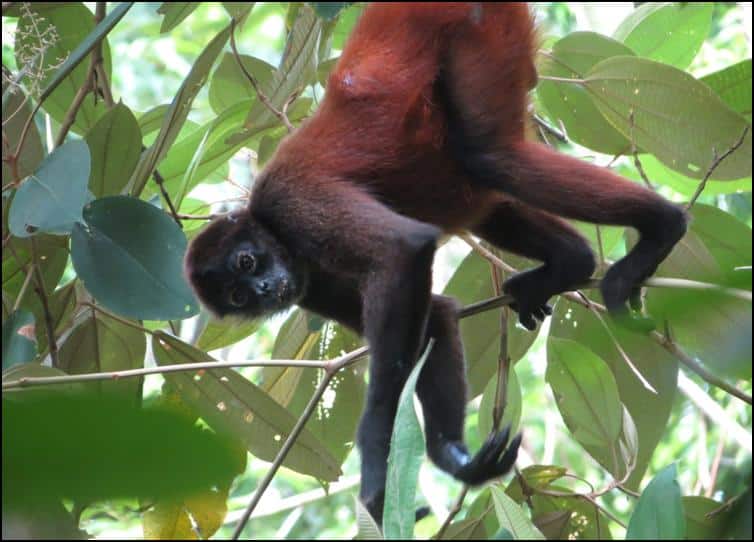 This baby was absolutely wonderful to watch, very playful and inquisitive! 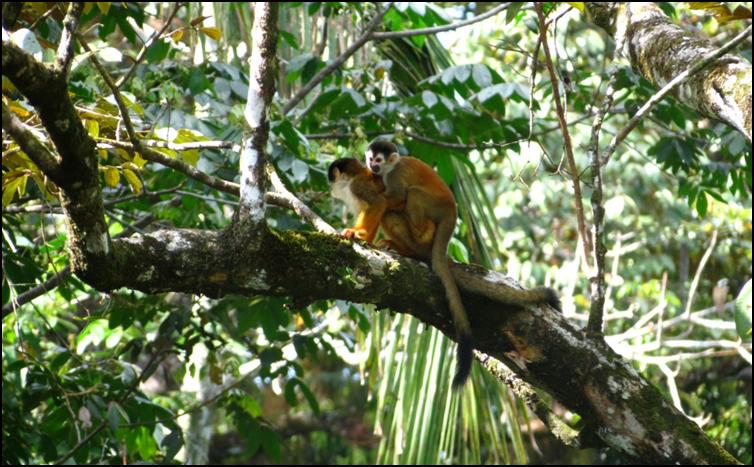 Finally this is a howler monkey, the noise they make is absolutely incredible! 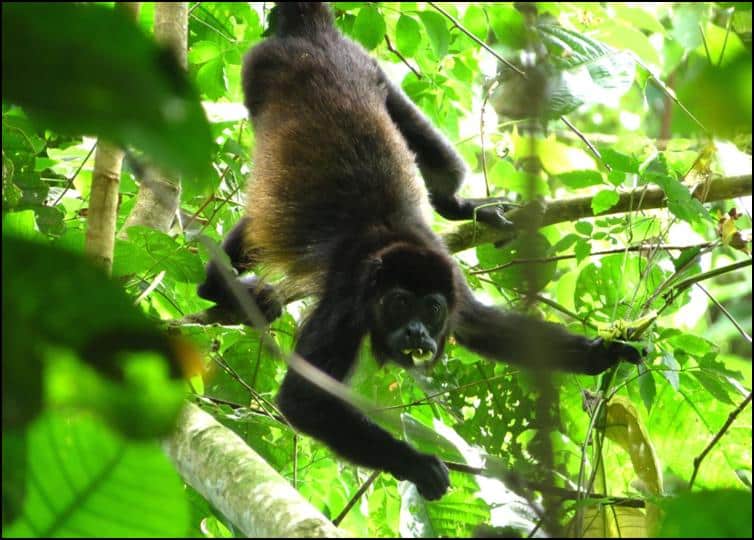 We were also lucky enough to see two-toed sloths on a couple of occasions, although usually they were too high in the trees to photograph! This one was the exception to the rule, as we saw it at eye level in the trees whilst walking across a high rope bridge at La Selva Biological Station: 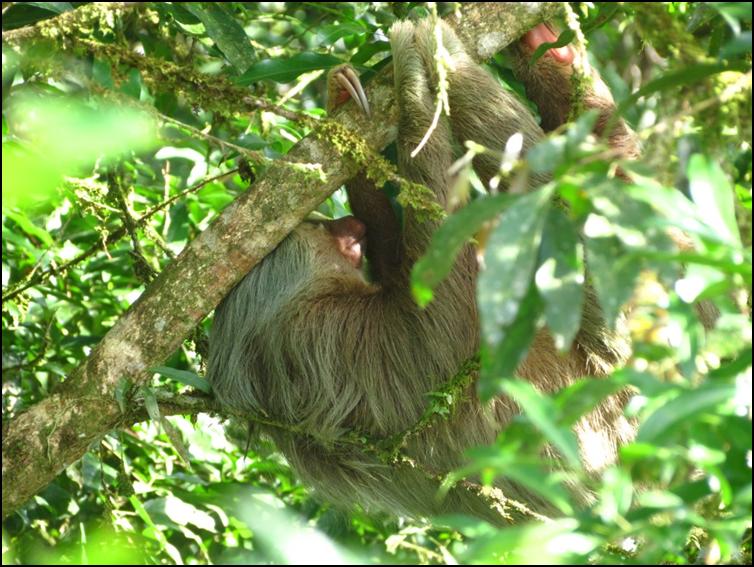 Next up is a fabulous white-nosed coati, we actually saw many of these but this one came up to the restaurant at Maquenque Eco-Lodge so was especially easy to get pictures of!

Next up are two fabulous species of bats, the first one being a tent-making bat. These amazing bats chew through banana leaves just enough to cause the leaf to fold over on itself, creating a ‘tent’ for the bat to shelter under!

These bats are long-nosed bats which we saw on many tree trunks during our river cruise between Maquenque Eco-Lodge and Selva Verde Lodge. These bats hide in plain sight during the day by resembling patches of moss or lichen on the bark of trees overhanging rivers, amazing!

There were several other mammals which we saw but could not get good photographs of, either because they were seen at night (like raccoons and woolly opossum) or because they were too far away! One final group of mammals we saw on the final day were bottlenose dolphins and pilot whales, as we spent the day on a boat dolphin and whale watching!